Pranitha Subhash Completes A Decade In Acting, To Top It With A Bollywood Movie Opposite Ajay Devgn

Multi-lingual actor Pranitha Subhash a social activist and a philanthropist, with nearly 25 films to her credit in Kannada, Telugu, and Tamil was in Maharashtra this January to re-start her schedule with her films and special albums that were on hold due to the pandemic lockdown. Even with her shooting schedules off the hook, she was much in the news when her social outreach activities were extended to share goodies with the needy during the past few months of the pandemic.

And how does she like her first Bollywood screen space opposite Ajay Devgn in the forthcoming war-drama ‘Bhuj: The Pride of India?’ for which the work resumed in January. “After months of inactivity, we had to catch up as everything had stopped abruptly in 2020, including the shooting of Bhuj. The director, Abhishek Dudhaiya, had just activated the shooting in January, and now we are seeing yet another silent phase staring at us, due to Mumbai going slower again as Covid is re-surfacing with more cases. We are hoping to see things rolling soon,” says Pranitha, happy that she got this opportunity to work in a movie based on a true incident. “I am very sure audiences will see a nice connection to the storyline as this is a realistic script. Content-driven films are what people watch these days, and the industry is opening up to having these,” she says.

But how did Pranitha, known more for her glamorous roles in the South, choose a down-to-earth naive role, where she plays Ajay Devgn’s wife? The film captures India’s victory in the 1971 Indo-Pak war. “I would read it as a traditional role. Rollback to a decade ago, my Tamil flick ‘Udayan’ with Kalaignar Karunanidhi’s grandson Arulnidhi, a commercial flick, had me play a soft-spoken, homely Brahmin girl where a song, sung by Shruthi Hassan too was a huge hit,” recalls Pranitha adding that “an actor’s talent is proved beyond being glam props, singing and dancing around trees.”

One does recollect Pranitha’s de-glam role in the Kannada 2012 critically acclaimed ‘Bheema Theeradalli,’ where she was confined to wearing traditional saris with no makeup, but that was her biggest hit!

“We have completed just a few rounds of the shooting for Bhuj now, and I look forward to working with well-organized actors as Devgn,” says Pranitha, who underlines that she hardly works with a blueprint plan, and her career has been on an auto-mode since the time she started acting after her 12th grade when she was hardly 18!

Pranitha feels the speed with which her career propelled in the last 10 years has helped her already be ‘the face’ for 25 movies down South. But just when she enters the Hindi cinema, it shifts gears with the pandemic playing spoilsport. “I have completed the music album ‘Chan Kitthan’ with Ayushmann Khurrana that garnered a great response. I never planned anything in the South too, everything was spontaneous. Generally, I swim with the flow and take things as they come,” says Pranitha recollecting her initial years in front of the camera, which was almost impromptu.

When she entered the Telugu scene in 2010, after the Kannada thriller ‘Porki’ alongside Darshan directed by MD Sridhar, she got offers for ‘Em Pillo Em Pillado’ and a romantic comedy ‘Baava’ both in Telugu. The very next year director Chaplin extended ‘Udayan,’ which was followed by ‘Jarasandha,’ and of course, the Kannada hit ‘Bheema Theeradalli’ came by for which she was nominated for both Filmfare and SIIMA as Best Actress for her role as Bheemavva. “I started of ice-skating in films, acting with some of the best heroes in all languages, with no expectations. After all, my father had given me a go-ahead for just one film during my summer holidays in the 12th standard. But I’m still going on with films, modeling, and social work with a commerce background in my study!” she laughs.

Pranitha, 28, was born at Banashankari in South Bangalore, to doctor parents Subhash and Jayashri who also run a hospital in the same locality. She also steers her own charitable organization ‘Pranitha Foundation.’ As a teenager, she was inspired to do social work as her parents regularly conducted health and blood camps. Recently social media was flooded with her help to the needy during the pandemic, and her hand extended towards weavers too during Sankranti in a different way. “I heard that weavers never sat on the loom for months together. So I got a custom-made sari from the revival boutique Madhurya Creations in South Bangalore and had a thematic zari weaved in golden yellow with the best of embroidery representing Sankranti and many other motifs from mythology,” says Pranitha, who wishes to wear the sari in one of her films too.

The brand ambassador for Celebrity Cricket League and Jewels of India, Pranitha is deep into philanthropy that includes modernizing public education in Karnataka and Andhra Pradesh by adopting schools and providing them with better infrastructure. The Election Commission, along with Rahul Dravid had Pranitha as a brand ambassador to promote awareness on voting in Karnataka. She is now shooting for two comedies too, “Hungama 2” directed by Priyadarshan in Hindi and “Ramana Avatara” in Kannada starring Raj B Shetty, Rishi, and Danish Sait. 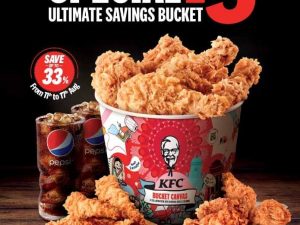